“Pops” as we called him was the father of Kingsbury Clark LaDue, my step-father and that makes him my Grandfather. In fact, the only Grandfather I knew and a man that I loved. He wrote out his own auto-biography in 1957 which I reproduce word-for-word below. The original is contained in the scrapbook that I made that is dedicated to him and King.

Anything that is in italics  is something that I have added to the original for clarity or additional detail.

The tombstone of Great-Grandfather LaDue (Elmer John LaDue) is shown on the web at the link: http://www.findagrave.com/cgi-bin/fg.cgi?page=gr&GRid=28654816.

In case that ever disappears, the photo shown is: 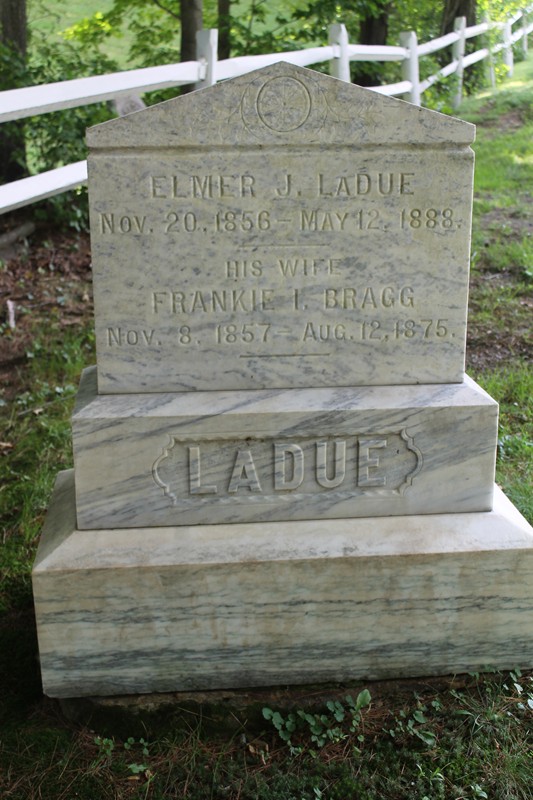 With the following other details: